“Gettin freaky on a Friday night y'all”
― Newgrounds description


Friday Night Funkin' (also stylized as FRIDAY NIGHT FUNKIN'; often abbreviated FNF) is a Newgrounds rhythm game made in HaxeFlixel programmed by ninjamuffin99 with a soundtrack by Kawai Sprite and artwork by PhantomArcade and evilsk8r.

The game was originally created for Ludum Dare 47, a game jam event with the theme being 'Stuck in a Loop'. The version of the game that would now be known as the prototype would be released on the 5th of October, 2020, the jam's last day for submissions. The current version of the game was released to Newgrounds on the 1st of November, 2020. It can also be played on itch.io. On the itch.io page, it can also be downloaded for Windows, macOS and Linux devices for free or with an optional donation.

Friday Night Funkin' is drawn and animated in a manner that nostalgically encapsulates Newgrounds' Flash animations with an art style inspired by graffiti street art. The game features multiple weeks where the player is confronted with various opponents with multiple songs.

The full version of the game, dubbed Friday Night Funkin': The Full Ass Game, is currently in-development, having been successfully funded via an official Kickstarter campaign.

This section briefly covers the beginning of the game. To see the full story, check the timeline.

The player takes on the role of Boyfriend, a wannabe rapper and college dropout, who is trying to date his beloved Girlfriend. However, her ex-rockstar father, Daddy Dearest, viciously disapproves of their relationship. The father challenges Boyfriend to a sing-off for him to prove his worth. Even if Boyfriend succeeds, it won't be the last time he will hear from him, and he certainly won't be the only one to get in his way.

“It's basically like DDR, press arrow when arrow over other arrow. And uhhh don't die.”
― itch.io description on how to play the game

Players must use the WASD and/or the arrow keys on their keyboard to play.

To pause the game, press the P or enter key.

Press the - and + keys to decrease or increase the game volume respectively, and 0 to mute the game.

Press the R key at anytime during a song to instantly trigger a Game Over.

During the Game Over screen, press the enter key, Z key or spacebar to restart the track. Press the escape or backspace key to quit.

Most controls can be changed via the Options.

Using the WASD/arrow keys, players must press them in correspondence to the colored arrows (the notes) shown on-screen when they overlap with their markers.

If an arrow appears with a streak below it (a hold note), the player must hold that key for as long as the streak goes. Even though hold notes do not grant any extra points beyond the initial key press, holding it fully will rapidly restore a substantial amount of health, while missing one or letting go early could lead to substantial health loss. If the initial note is missed, players are still able to regain some health by holding the key down on the note's streak.

At the bottom of the screen is a health bar that is shared between the characters. The left side is red, representing the antagonist(s), and the right is green, representing the player and how much health they have remaining. The bar will always be half full at the start of a song. Where the red and green meet are character icons, representing the antagonist(s) and the player, on their respective side. For each note the player hits, they will restore a bit of health as Boyfriend's icon will move a bit to the left. For each miss, the player will lose some health as Boyfriend's icon will move a bit to the right. When the player gets low enough on health, Boyfriend's icon will swap to his "danger" icon to warn the player that they are close to losing. On the other hand, when the player has the health bar mostly full, the antagonist(s) will display their "danger" icon. Some characters do not have a "danger" icon, meaning their icon remains the same at all times.

Continuously hitting notes will eventually cause a streak counter to appear near Girlfriend. This counter always starts counting at 0 upon hitting a note. After that, players must hit 10 more notes for the counter to appear with each note press. From 10 and onward, the counter will be displayed showing itself go up for every successful note the player hits without missing. If the player presses a key but misses a note, the counter resets, and Girlfriend will briefly cry. She does not cry in Week 4 or Week 6 because there is no animation for that in those two weeks. However, if the player misses a note, but does not press the key for it, the counter will not reset.

The combo counter does not affect the score in any way and is mostly an aesthetic feature.

Hitting notes will give the player points. The points are added and tracked on a score counter below the health bar.

Below is a table explaining how many points the player get for different timings.

*Hitting the key perfectly is indicated with the note creating a splash effect. This was added in update 0.2.8.

**Letting a note pass causes no message to appear. Points will not be deducted and the combo counter will not be reset. However, missing the note will lower the player's health.

***Hitting the key at the wrong time causes no message to appear either. However, a record scratching sound can be heard, Boyfriend will not produce vocals and turn grey-blue in shock instead, and if the player had a streak of 10 notes or higher, Girlfriend will briefly cry. Missing the note will also lower the player's health, but the amount lost is slightly less than if a note were to pass without even attempting to hit it.

Story Mode is the main mode of the game. In this mode, the player can choose between 7 different weeks (and the tutorial level) and select between 3 different difficulties: Easy, Normal and Hard.

Weeks are groups of tracks the player must goes through in succession. Each week has a different antagonist/antagonists and a different background (with the exception of the tutorial and the first week).

The tutorial is a separate level meant to teach the player the basics of playing the game, although it was originally part of (and takes place during) Week 1. Girlfriend takes the role of the opponent. The location is set at The Stage. The track for this level is, appropriately enough, Tutorial.

Week 1 is the first week of the game. The antagonist is Daddy Dearest. The location is set at The Stage. The tracks for this week are Bopeebo, Fresh and Dadbattle.

Week 2 is the second week of the game. The antagonists are Skid and Pump, and Monster. The location is set at Girlfriend's House. The tracks for this week are Spookeez, South and Monster.

Week 3 is the third week of the game. The antagonist is Pico. The location is set at the Newgrounds Office Building. The tracks for this week are Pico, Philly and Blammed.

Week 4 is the fourth week of the game. The antagonist is Mommy Mearest. The location is set at The Limousine. The tracks for this week are Satin Panties, High and M.I.L.F.

Week 5 is the fifth week of the game. The antagonists are Daddy Dearest with Mommy Mearest, and Monster. The location is set at The Mall. The tracks for this week are Cocoa, Eggnog and Winter Horrorland.

Week 6 is the sixth week of the game. The antagonists are Senpai and Spirit. The location is set at The School. The tracks for this week are Senpai, Roses and Thorns.

Week 7 is the seventh and currently the final week of the game. The antagonist is Tankman. The location is set at the Restricted Military Zone. The tracks for this week are Ugh, Guns and Stress.

Freeplay is the second mode of the game. Players are allowed to freely pick and play any of the songs from all the weeks on any of the 3 difficulties, as well as view their personal best scores for each individual track.

The Gitaroo Man Easter egg changes the regular pause menu or Game Over screen to one reminiscent of Gitaroo Man's Game Over screen. It has a 1 in 1,000 chance of occurring randomly during normal gameplay. Upon pausing or losing, the screen will abruptly go dark before the special screen appears. The artwork of Boyfriend's head on this screen was created by Wandaboy.

In the title screen, pressing the 5 or 8 key will lead to an image of Tankman in a transparent photoshop background. He has no mouth, his right forearm is misaligned and there is a duplicate arm asset next to his microphone.

Pressing the space bar will cause him to move, showing that it's actually a broken version of the cutscene in Guns.

Holding down the left or right key during the title screen will cause Girlfriend and the game's logo to change colors.

During any song in any level, pressing the 9 key will change Boyfriend's character icon to the old icon he used prior to update 0.2.5.

Pressing the spacebar, the Enter key or the Z key during the loading screen will cause it to bounce.

Friday Night Funkin' is an open-source game. Anyone is allowed to download the source code either on the game's itch.io page or on GitHub, making all of the game's assets both easily accessible and modifiable. Thanks to this, the game has developed a strong modding community with many fan-created mods for the game being created and shared through mod sharing websites. The team behind the game has openly expressed their support and praise for the mods that have been created.

Friday Night Funkin' received positive reviews by many fans and players alike for having a great premise, wonderful music, an interesting story and creative art design. Many people also credit the game as an instant classic that has managed to revive Newgrounds and bring it back into the public mainstream on top of creating an entire community around the game itself. Some of the songs have gone on to be listed on major song companies' best hits, like M.I.L.F and Stress. It has become one of the most popular Newgrounds game of the modern day, and it's currently being updated as time passes by. The game has gained a large modding community, due to the easily accessible files and the game being open-source. This has caused more people to be drawn to the game, making multiple mods. Fans have shared their dismay about the preset controls not being customizable along with other features that they feel should be added, but this was all fixed with the 0.2.8 update. 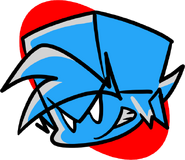